Once Upon a Time…

Blog Once Upon a Time... 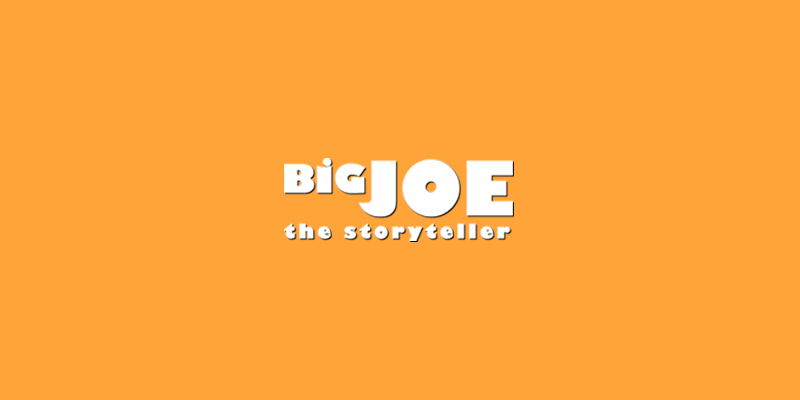 Seeing as I am here in the blogging world starting something new I thought I might give me (hopefully tons) of readers some insight as to how I became “Big Joe” the storyteller.  As for the storytelling part, I was telling stories ever since I could talk.  I was the embodiment of the classic joke that when I was 2 my parents thought I would never talk and when I was 3 they thought I would never shut up.  I loved telling things to anyone who would listen even if most of the time I wasn’t making much sense (a characteristic that still holds true today!) As my vocabulary and imagination grew so did my storytelling abilities. I loved telling stories as much as I loved hearing them,  My mom was a big influence on me because she read to me all the time, listened patiently to all of my tales and even took me to see my very first storyteller Brother Blue (who sadly passed away recently).

I carried my love for stories and storytelling into my career as a  teacher.  It was during my first job as an assistant in a Kindergarten classroom that I discovered the power of storytelling. I would always tell the kids stories some I made up, and some that were my favorites. One day we had an early release and one little girls’ parent was running late.  The teacher told me to take her down to the main office and sit with her till her mother arrived.  As I was sitting with her among the various office staff members she became upset and started crying. I decided to console her by telling her a story. I started telling the tale, making it up as I went along and it calmed her down. About midway through my story I paused for a breath and realized it was very quiet in the office.  I looked up and all of the staff that had been milling around were now stopped and listening to the story. One woman looked at me and said “Well what happened next?”  It was then that I realized how powerful storytelling really was.

From that point on, at every stop on my preschool teaching journey I became the classroom storyteller.  It is what I loved to do and every once in a while I thought of becoming a full time storyteller like Brother Blue who I saw so many years earlier. Of course I never thought one could make a living being a storyteller so I started to do it on the side while I taught.  As time passed my storytelling job kept getting bigger and bigger and it became clear that I actually could make a living being a storyteller.  So in April of 1996 I left my job as a preschool teacher and became Big Joe the Storyteller.

Now about that “Big Joe” part. You see my name is Joseph Pagliuca which doesn’t exactly roll off the tongue. When I decided to become a storyteller I wanted a catchy name like Brother Blue.  Fortunately for me, the last preschool teaching job I had at John Hancock childcare provided me with the perfect name. My first year there we had a child named Joe.  People kept getting confused as to which Joe was being referred to so they designated him Little Joe and me Big Joe.  The name just sort of stuck and for 3 years there I was Big Joe.  When I decided to become a storyteller, I thought Big Joe would be the perfect name. It was short and sweet and easy to remember.

So now I am Big Joe the Storyteller, and as of this post I am Big Joe with a blog.  I hope you stop on by and read what I write because I am definitely never at a lack for words!